by Hanson
in Entertainment, Trending
0 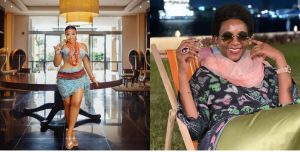 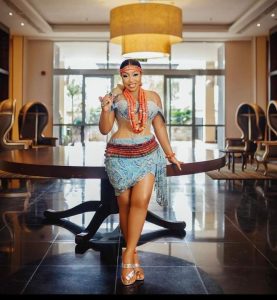 This attract well meaning Nigerians from all works of life to Imo state especially colleagues of the actress.

Some friends and colleagues of the actress were present to support her including Ini Edo, Chioma Akpotha, Joke Silver, Okey Bakkasi, Kate Henshaw, Uche Jombo, Lilian Afegbai, Chidi Mokeme etc but Genevieve Nnaji was not present at her colleague Rita Dominic at hee wedding yesterday and this got fans talking.

Rita Dominic wedding held traditionally yesterday will be walking down the aisle with her hubby, Fidelis Anosike, the Founder of Folio Media Group at a traditional wedding which would hold today, April 19.

It would be recalled that the couple also recently released their pre-wedding photos on social media to the excitement of everyone.

“I feel the shame of my daughter turning to #BBNaija Angel” – IG Comedienne, Ashmusy shares screenshot 0f her mother reaction to her nose piercing.