The Akwa Ibom state government has paid a condolences visit to the family of late Iniobong Umoren.

Recall miss Iniobong Umoren was killed by one Mr Uduak Frank Akpan after luring her under the disguise of offering her a job. 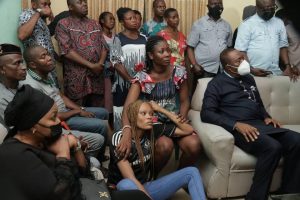 The state government express sadness over the incident that led to the  demise of Miss Ini and assured the family of justice and wished God grant the family the fortitude to bear the lost. 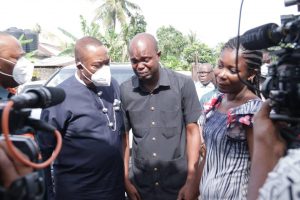 The secretary to state government in his statement said.

“This is a very tragic development. The Governor is unhappy that such a young girl going out in search of a job could be brutally murdered.

“As you know, the governor always counsels young people against begging for a living but to work hard to earn a living. 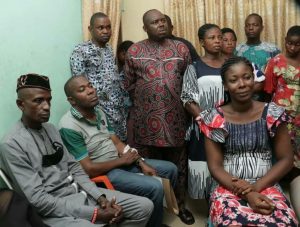 ” Iniubong in that attempt to earn a living, this tragedy struck, the governor is so sad, it’s painful, a complete defeat of what the governor says often in his drive to take the youths off the street and get them equipped with skills and employment opportunities”,