#BBNaija : No one can come between us, Wathoni want to see us apart, they are just jealous of us, Kiddwaya tells Erica – Video

Lockdown Housemate Erica and Wathoni got into a heated argument after Wathoni ask Kiddwaya if he has ever chased any girl in the house. 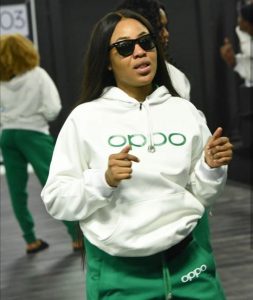 Erica who expected Kiddwaya to defend her got angry and broke down in tears .

Kiddwaya in the Head of House room assured that he always has her back and that she shouldn’t mind whatever Wathoni says because Wathoni is jealous of them and wants to see them apart.

In his statement he said

“Don’t let her win by seeing us have issues, to them they think like there’s an issue but we cannot let them have that.

“I will always have your back from the bottom of my heart no matter what I say about certain topics.

“Wipe your tears and don’t let them see you like this.”

#BBNaija : I feel very stupid for doing anything with you – Erica tells Kiddwaya after fight with Wathoni ( Video )