Hushpuppi makes first appearance in US court as he and others conspired to steal £100 million (approximately $124 million) from an English Premier League soccer club.

According to the FBI a detailed investigation was carried out

They have detailed analysis of his crime and investigation completed before arresting him.

Hushpuppi faces at least 20 years jail term in the US. 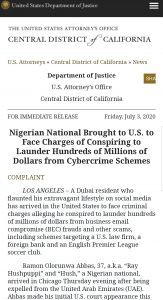 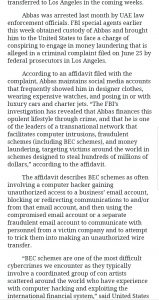 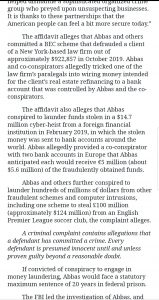 Federal prosecutors in L.A. charge Dubai resident who flaunted his extravagant lifestyle on social media in a wide-ranging conspiracy to launder hundreds of millions of dollars from business email compromise (BEC) frauds and other scams.https://t.co/dBhZI4s3pC pic.twitter.com/aroKOIPrdR

READ ALSO: Breaking news: Dr Anu of Medcontour has been arrested and charged to court in Lagos for malpractice

Breaking news: Dr Anu of Medcontour has been arrested and charged to court in Lagos for malpractice