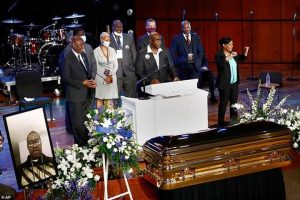 Minneapolis Mayor Jacob Frey took a knee in front Floyd’s casket and sobbed before the service got underway. 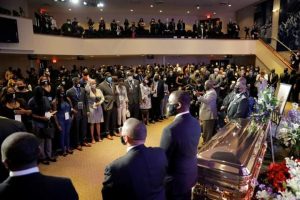 Other celebrities who were in attendance are T.I., Ludacris, Tyrese Gibson, Kevin Hart, Tiffany Haddish and Marsai Martin. 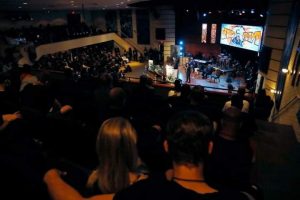 George Floyd’s family members surround his golden casket at the Lindquist Sanctuary at the North Central University on Thursday during the first of three memorial services in the next six days in his honor. 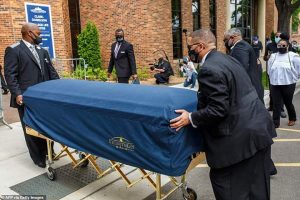 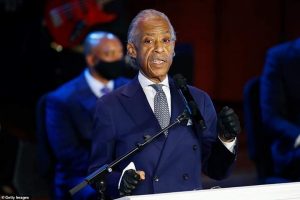 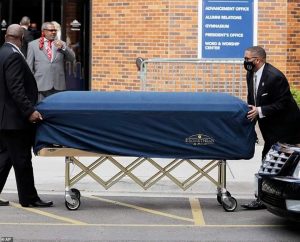 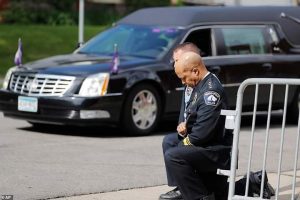 May his soul rest in peace!

READ ALSO: Where are the haters, May my old body be your Portion- Tonto Dikeh curse hatter’s as she share before and after photos of her cosmetic surgery

The the memorial service help in honour of George Floyd.