A 17 year old boy is currently battling for his life due to injuries inflicted on him by some SARS operatives.

The victim identified as Sadiq was shot by the police while performing his ablution, he was shot while trying to run on sight of the police officers whom he took for armed robbers.

A source told SaharaReporters that the SARS officers scale his aunty fence  and open fire on occupants , young Sadiq who was performing his ablution took to his heels on siting police officers. 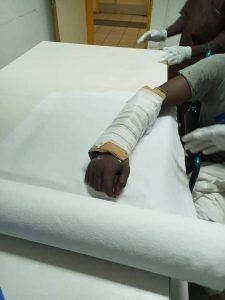 According to eye witness, one of the officers shot Sadiq in the hand while he was bleeding the police officer handcuffs him and one of the neighbors son and put him in their car while the rest of the SARS officers broke into their house and beat up other other occupants and Sadiq aunt husband. 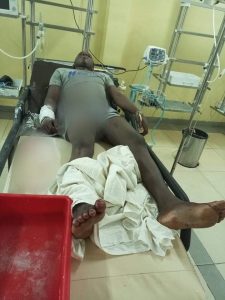 The eye witness further said that the boys were detained at SARS office in Guzape where the officers claims there were hunting kidnappers. 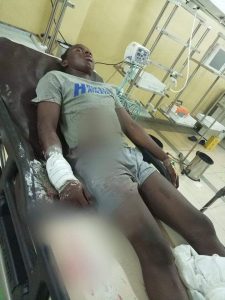 The eye witness narrated that a senior officer asked them to release Sadiq, the took Sadiq into their Hilux van drive to National hospital and left, when the doctor asked them to wait the refuse and left, on opening Sadiq wound it was discovered that his bleeding is as a result of gun shot. 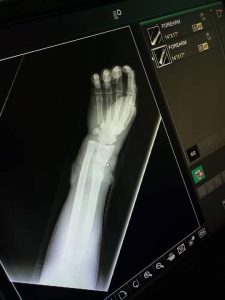 The gunshots has damaged Sadiq radius and ulna bones and his wrist, the eye witness urge Nigerians to join the demand for justice Sadiq who isn’t a thief or a kidnapper.

The FCT police command spoke person refuse to comment on the matter stating that he has not yet been briefed. 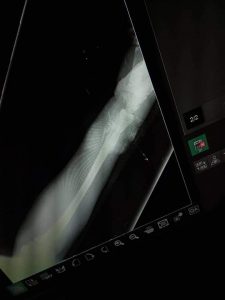 Tags: About SARSAbuja latest newsBoy shot in Abuja be SARSImage of boy shot by SARS in AbujaNews about policePolice latest news
Previous Post

Manager of Prodest Hotel Demolished By Wike Sentences to Jail with Option of 50,000 Naira Fine