by Hanson
in News, Today, Trending
1

A total number of seven persons were arrested in connection with the kidnapping of popular Oyo State Islamic cleric twins daughter. 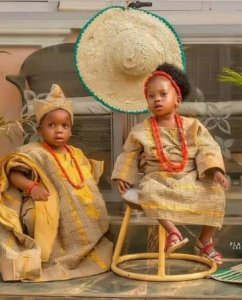 Some of the kidnappers arrested are said to be the Islamic cleric workers, they used the relationship between them and the cleric to perpetuate their crime.

READ ALSO: I don’t know what is Seyi, What is Seyi?- Tacha reply Omashola in Instagram video

A security guard was also among those arrested, he was said to have gave out his gun to one of the kidnappers, a woman who took care of the twins and a man who spy the cleric movement before the twins were kidnapped. 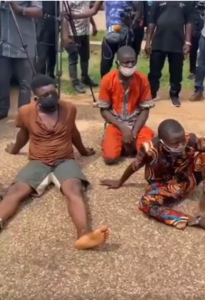 Among the suspect is a man identified as Tope, he said he learnt about the kidnapping when one of the suspect name Bashiru came back from sokoto .

According to Tope he was looking for a way to get the cleric to forgive them before they were arrested. 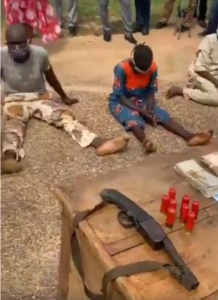 READ ALSO: In Africa We Beg And Pray For Things We Should Be Getting Free From Our Leaders- Yemi Alade

I don’t know what is Seyi, What is Seyi?- Tacha reply Omashola in Instagram video