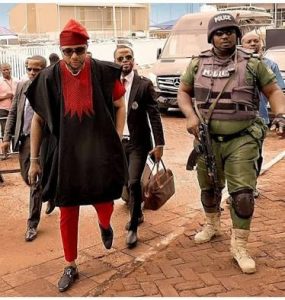 E-Money who is the chairman of Five Star group and Brother to music star  King Okonkwo also known as K-CEE.

Mr Emeka Okonkwo presented himself to the police at the police headquarters annex in Ikoyi and was grilled for about 6 hours after meeting with the police detective’s. 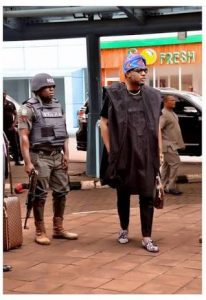 He came along with 2 others and responded to many questions, he was told to return on Wednesday, according to police source who told punch.

It was earlier reported that the IG of Police ordered immediate withdrawal of police escort attached to E-Money. 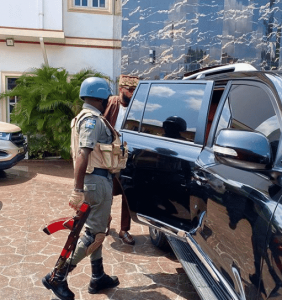